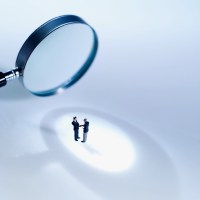 Since I published my ‘Charming the birds off the trees’ blog post I have received a number of inquiries about how to identify whether there may be a narcissist in your organisation. I hope the thinking below helps.

A distinct aspect of narcissistic behaviour is the need for excessive admiration. The narcissist demands respect from people at all levels in an organisation – and for everything they do. This degree of praising may feel like hard work to those expected to provide it. However, always remember that ‘criticism’ is unwelcome to a narcissist.

Signs to look out for are: