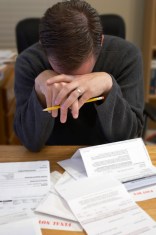 The bully said ” it was extremely unlikely that my contract would be renewed…. I felt sick”

Shocking story of Sarah’s courage and persistence will help anyone who finds themselves being bullied at work. It is based on my working with her to support her during the ‘lived experience’ of being bullied by her boss.

Sarah was recruited on a temporary six month contract as a social media specialist for the CEO and the executive team in a of a UK financial services firm. By the time she arrived a new head of department Nigel had been appointed. Immediately, he used the first team meeting Sarah attended to tell her that he would be doing social media. There was never a moment to discuss this in private. Nigel made sure of that. Meanwhile, to help out her new team, Sarah agreed to cover the highly political and sensitive job of media relations. The CEO personally thanked her for doing so. Not Nigel, Sarah says he told her:

“It was extremely unlikely that my contract would be renewed and that he, Nigel, would give me a reference and time off for interviews. I felt sick.”

Things got even worse when:

“He tried to hold a 1-2-1 meeting with me, in a room that was not visible from the main office floor”. HR advised Sarah to attend, and told Nigel to use a different room. Nigel told HR he made a booking mistake. But, then the following week booked it again

Public meetings were a nightmare too:

“He tries to humiliate me in team meetings”

“Today Nigel publicly demoted David, at our team meeting, and I have seen this happen publicly to others before”

“I feel depressed and humiliated, and totally undervalued as a result of all this. I feel as if I can never relax as I don’t know when, or where, an attack is coming from. I feel this bad treatment is deliberate and the aim is to make me so miserable that I will leave. He is consistently aggressive” 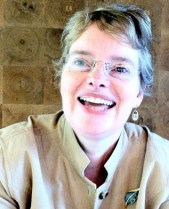 We have experience in developing senior managers and their team members – both on an individual and team level – so they can develop practical approaches that encourage positive, constructive behaviour. This, in turn, leads to the development of positive beliefs and values. We are ready work with you, to help you get the best out of your people.

Here are some examples of approaches that can be used and tailored to your individual needs: