Human Resources need to know who to believe when an incident of Bullying is reported to them. There is 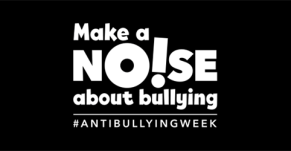 a difference between a prickly situation and a bullying campaign. As we saw in Sarah’s story reporting bullying to HR takes courage (the back story is provided in this link http://mwrconsulting.co.uk/?p=9814)

ACAS definition of bullying: Offensive, intimidating, malicious or insulting behaviour, an abuse or misuse of power through means that undermine, humiliate, denigrate or injure the recipient.

Of course  behaviour may appear as bullying or assertive management depending on your viewpoint. However, 3 examples of Sarah’s complaints as quoted from the HR report indicate that Sarah was being bullied:

HR intentions in Sarah’s case while honourable failed to identify that bullying occurred. Later events showed this and the investigator admitted that:

“Nigel was so plausible, he managed me”

An investigation needs a structure and to use a template of questions to ensure that everyone involved has the opportunity to discuss their role in events and its impact on them. The questions ought to be based on who, what, where, when, why and how. They should hone in on personally observed situations and also upon the role, actions and feelings of the interviewee.

Second – Use A Process – to make sure you have covered all the angles, witnesses and points of view

It beggars belief to say this, the investigation found no evidence of bullying. There seemed to be no framework and process for HR follow.

This left Sarah to use the only recourse left: mediation. In fact this was not mediation; rather it was a personal grievance process. That Sarah continued shows how determined she was not to be a victim. In my experience this is rare. Sarah said the turning point was when:

“Nigel said he did not know I was taken on as the boss’ social media specialist. I said it was common knowledge that he had applied for the job.” Sarah thought HR looked stunned by this.

That this crucial piece of evidence took so long to surface was appalling.

Things HR can do to make a difference

If you need help in dealing with bullying and or help with an issue where mediation may be useful then you can reach Marjorie at MWR Consulting on 07779 345 499, m.raymond@mwrconsulting.co.uk

We have experience in developing senior managers and their team members – both on an individual and team level – so they can develop practical approaches that encourage positive, constructive behaviour. This, in turn, leads to the development of positive beliefs and values. We are ready work with you, to help you get the best out of your people.

Here are some examples of approaches that can be used and tailored to your individual needs: